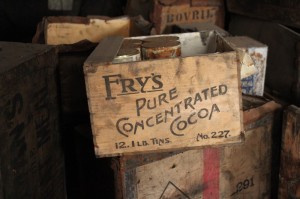 McMurdo Station, McM,
Mac Town, or simply Town is the largest of the three primary US Antarctic bases
(Palmer on the penninsula and South Pole being the other two). It’s a mix between a community college, a mining camp, and a military outpost. People heading to field camps, the dry valley’s, WAIS Divide, or the South Pole all pass through here. This includes most of the South Pole cargo team, which will be staged here until the first C-130 Hercules (aka Herc) flight scheduled for November 1. Flight schedules here are always taken with a grain of salt, and it seems that more often than not that a flight will be bumped up a day or given a 24 hour weather delay. Right now while it’s been a balmy -5F here in McMurdo, it’s still around -70F at the South Pole, well below  the -50F the Herc limit.
Luckily McMurdo is bustling with energy and plenty of tasking and training so there isn’t much downtime. In addition to hikes and taking in the impressive views of the mountains nearby we’ve been learning how to operate the heavy equipment we’ll primarily be using at Pole.
CAT 953 and 950-G. As well as the details of building and planning cargo pallets. Everything coming to the South Pole is either dragged down via the “South Pole Overland Traverse” (aka SPOT) or is flown down on a Herc. Material being flown on the Hercs must be loaded onto 88″x108″ Air Force pallets. With a core of balsa wood and a metal outer layer they’re relatively light and durable.

One of the highlights of this week was a visit to Discovery Hut on Hut Point, just out of “town.” This site is specially protected by the Antarctic Treaty so visits are limited. One of the few designated people on station with a key to the hut offered to take a group of us “Polies” inside before we left McMurdo. The hut was built in 1902 by the 1901-1904 British Antarctic Expedition led by Robert Falcon Scott. Constructed of wood panels with a thin felt liner between it was too cold to live in and the crew resided primarily onboard their ship just off the coast. Originally one of several buildings, the rest were destroyed or damaged until the Antarctic Treaty dedicated it as a protected historical site. Today you can still see clothes hanging to dry, rations in wooden crates, and tin cans left on the shelves inside. Cold, dark, and eerie one can almost hear the bubble of water on the stove or the shuffle of feet clad in the felt and hide boots worn during that long expedition over a century ago.

I also wanted to mention that I have and will be posting more photos at:
www.picasaweb.google.com/marie.mclane