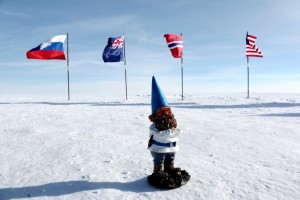 The Kern Gnome has come to visit the South Pole! The German based “Kern Precision Scales” had a pretty cool idea: send their little gnome around the world with a specific scale to see if there are any changes in weight due to slight variances in Earth’s gravity. He came from Peru and is off to the bottom of a 2 mile deep mine next! His weight of 309.82g is a little heavier than at other sites, potentially because despite our elevation we’re slightly closer to the Earth’s core. The earth bulges slightly around the equator, causing the diameter measured from Pole to Pole to be ever so slightly smaller. Track the project at: GnomeExperiment.com 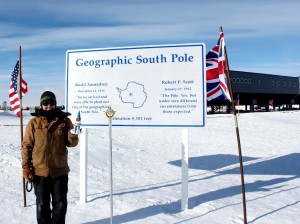 The Kern Gnome and myself at the bottom of the world! 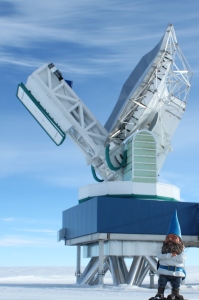 The Kern Gnome and the South Pole Telescope! 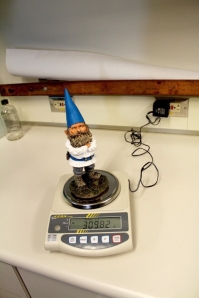 The little Gnome showed up last week and sparked a station interest in Gnomes. Unfortunately he is not the first Gnome here at the South Pole…here are a few of the others around the Station: 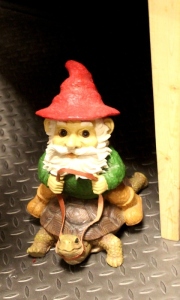 Buying souvenirs? Mailing a letter? Maybe checking out a movie? Keep an eye out and you might see this dude hiding in the store... 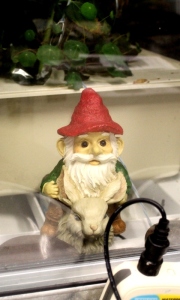 Enjoying some warmth and plants? This gnome and his rabbit will keep you company 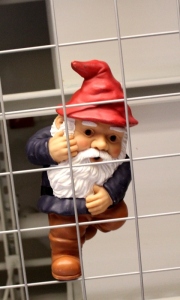 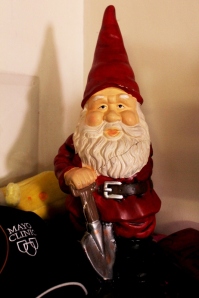 A nice well-loved Christmas Gnome, unfortunately miss his right arm and cracked in half… 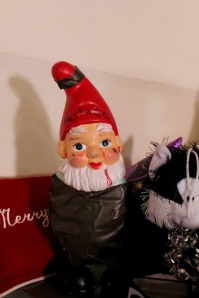 He’s had quite the adventure here and has made many friends. Alas, it’s been a short visit, but time to go – the Station closes for winter next week! 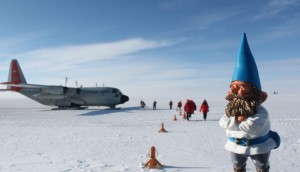