On September 27-28, 2015 the Earth passed between the sun and the moon…all three lining up perfectly. The earth’s shadow fell across the moon causing a Lunar Eclipse. This isn’t particularly rare, eclipses of varying degrees (penumbral, partial, or total) happen almost every year and can be calculated and predicted decades in advance, however this year garnered much attention as a few things came together: Not only was it a total eclipse, it was a Super Moon, meaning physically a little closer to Earth than other full moons this year, it was also a Harvest Moon, the first full moon after the Northern Hemispheres autumnal equinox, and finally it was the last eclipse of a tetrad of lunar eclipses – 4 lunar eclipses each 6 months apart…Pretty amazing!

At Summit Station in Greenland we were front and center for the show. Unfortunately it was pretty stormy this weekend and no one was very optimistic of a good sighting. The sun set at 6:14pm. It was pretty dark with a low blanket of clouds and a fair bit of blowing snow in the 20kt winds. At 10:30pm however I glanced out the window and saw the clouds had cleared, revealing a full moon shining brightly above the blowing snow. I bundled up and headed outside. Everyone was still up – glancing out of windows or huddling near their cameras mounted on tripods. The earth’s shadow was clearly visible from the beginning and we watched as it crept further across the lunar disc. It was -15F without windchill. At 12:47am (2:47am UTC) the eclipse reached totality. The entire moon was in shadow and the more diffuse light bending around Earth bathed the full moon in its picturesque red glow.
Here is a series of photos I took here at Summit: 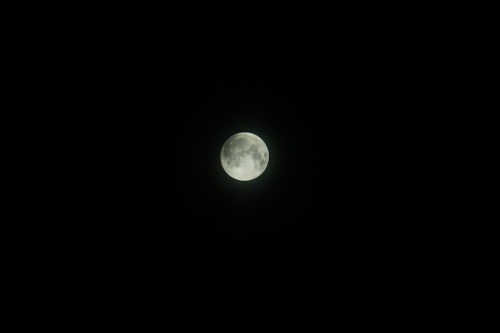 The full moon prior to the eclipse 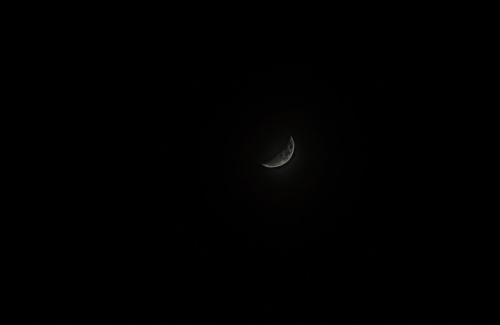 HDR image of the last sliver of moon before totality 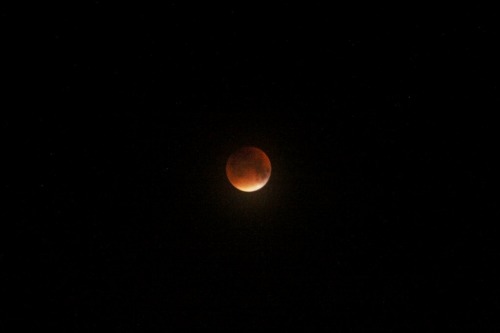 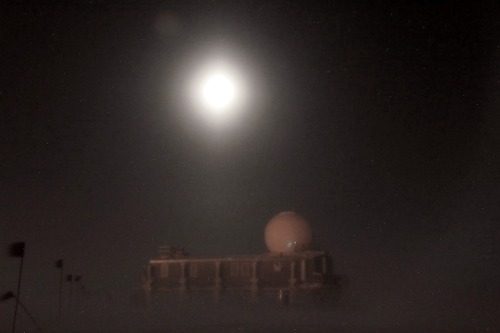 The Big House under the full moon 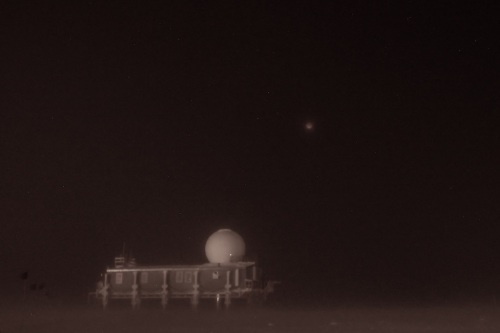 The Big House under an eerily dark moon

There are many beautiful photographs and lots of information on lunar eclipses out there, while we got a great view of the moon it was hard to stabilize the tripod in the gusty 20kt wind for a good shot of the stars.
For more information, and a great technical info-graphic, please check out NASA’s page at: http://eclipse.gsfc.nasa.gov/lunar.html

Earth and Sky has a nice page too: earthsky.org/tonight/
And Wikipedia has a great summary of the process and tables predicting eclipses – though this is Wikipedia, so take it with a grain of salt: https://en.wikipedia.org/wiki/September_2015_lunar_eclipse
Finally, IFL Science posted a timelapse of the eclipse here: http://on.fb.me/1QJpYjG

And finally a few photos I took this week, not eclipse related…

Not eclipse related, but a photo of the Big House and some stellar “Moon dogs” the other night