After a full week of traveling around the world from Greenland to Antarctica I arrived at McMurdo Station on October 23.This year I’m working as part of the WAS (West Antarctic Support) Traverse driving across Marie Byrd Land between WAIS Divide and Byrd camp in the “Deep Field” of West Antarctica. It’s a small endeavor with just 3 of us:  two heavy equipment operators and a mechanic who will stay at WAIS for the season.

The rest of the deep field team is here already: the 2-man crew for Siple Dome camp, the larger WAIS Divide staff, and the 4-person WAS  Recovery team headed out to Byrd camp. For more on the interesting history of Byrd Station check out this Antarctic Sun article from 2009: antarcticsun.usap.gov. 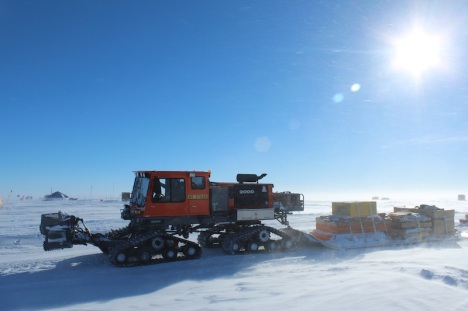 Once WAIS Divide puts in and gets somewhat settled we’ll fly in to dig out our gear and equipment that wintered there. Meanwhile, the WAS Recovery crew will fly out to Byrd and begin setting up camp and unburying the berm. We’ll stay at WAIS for a few weeks while the machines get thawed out and our sleds set-up with all the gear we’ll bring with us. Then the two of us will load up two Tucker Sno-cats and drive the roughly 100 miles to Byrd. At Byrd we’ll help the WAS Recovery team dig out cargo and camp supplies, rebuild pallets, and load up Hercs with stuff that can fly out. We’ll also be available to haul back loads as needed to WAIS for use, storage, or to be returned to McMurdo. Our season is flexible, we’ll make at least 2 trips, possibly more, using Tuckers and/or Challenger 55s as they get brought up and checked over.
WAIS Divide was established in 2005, as the site of a deep ice core. A decade later it is still in use providing support for several science groups and a population of up to 50. There will be a full galley mod, a designated cook, and a wash tent with showers though we’ll sleep in unheated tents on the polar plateau. Byrd on the other hand will be minimal, much like PIG last year. We’ll have unheated “Arctic Oven” tents, aka AOs, to sleep in, the hard-sided galley mod, and a yurt-like Arctic Chief heated tent as a secondary heated space. The Traverse will be comprised of two pieces of heavy equipment and two mountain tents (2 person 3-season) to sleep in. We’ll take two days, though it’s just 100 miles, so as not to strain the equipment especially while pulling a load. In the heart of the West Antarctic ice sheet the terrain between the two camps isn’t the most exciting: Flat White. Still, I’m looking forward to the experience of driving between camps. 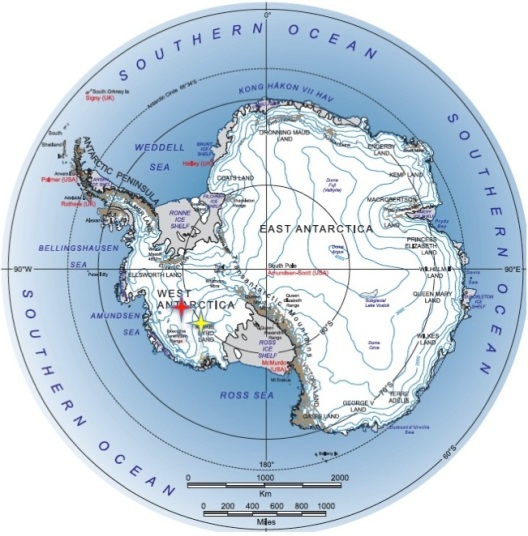 We’re not entirely sure what to expect at Byrd. We did a brief trip out there last year to recover some high priority gear needed for groups this season, but that area of the continent gets a fair bit of accumulation so we’re hoping it’s not too buried!

Some photos of WAIS last year:

And of Byrd last year and three years ago in 2012-13 when I spent a season out there with 2 other women (click here and here for blog posts about that season):

Scoured cargo on the Byrd berm in January 2015

3 responses to “WAS Traverse!”