After a much-needed break and some good adventures abroad I’m back in the Arctic on the Greenland ice sheet at Summit Station. This time I’m here for just over a month filling the gap between two other managers.

It’s summer here and compared to winter it is literally night and day. On May 6, after a short “night” of just 30min the sun rose above the horizon for the last time. It won’t set until August 7th when it will dip below the horizon at 12:04am and rise again at 1:16am. For now it just appears to circle around us in the sky. We’re at 72° North so the sun is higher at noon than at midnight (40° vs 5°), but still above the horizon. The 24/7 sun reflects off the white snow so sunburn and snow blindness are serious concerns. We have large bottles of sunscreen around station, but there are some impressive “goggle tans.” (More sunrise/sunset data for Summit Station can be found at this site: www.timeanddate.com/summit)

The light can affect sleep too and people often suffer from insomnia – you wake up at 2am and see the sun high in the sky…it’s hard to go back to sleep. Sleeping inside a building is a bit easier with window shades, but even these are sometimes augmented with cardboard and tape to block out as much light as possible. In tents it’s harder, sometimes just a hat pulled low is enough, or a neck gaiter pulled over the eyes…everyone has their own system.

The sun warms things up too. Summer temperatures typically range between -10F and 10F. Compared to the -40F to -70F in winter this is nearly t-shirt weather! On calm sunny days it’s not uncommon to see piles of jackets near crews shoveling. It’s tempting to play games outside on a nice evening, but it’s still cold enough for bocce or whiffle balls to crack upon impact…

Aside from the sunlight the biggest difference between summer and winter is station population. In the winter we have a skeleton crew of just four or five to keep the year-round science projects running: the station manager, two or three science technicians, and a mechanic.

In contrast, this summer we’ll peak at 54 people! In addition to researchers and students we have the station crew of the manager, two or three science technicians, a mechanic, a heavy equipment operator, a cargo person, a cook, a medic, and a field coordinator. Then there are temporary carpenter (carp) crews who come up to do maintenance, repairs, and replacements of buildings and general infrastructure.

To accommodate numerous science groups with short field campaigns as well as general station resupply and retro we coordinate with the NY Air National Guard. Flights in the winter months are limited by temperature and necessity to a few small Twin Otter propeller planes in October and February. Between April and August on the other hand, we have 6 scheduled flight periods with multiple LC-130 Hercules flights. These big military cargo planes bring in fuel (AN8), cargo, and passengers (pax). We might get 30-40 flights in a summer season. Between flight periods it’s relatively calm around station. We build up retro cargo for the next flight period, support whatever researchers are here for longer periods of time, and dig into some of the more involved projects around station. During flight periods things can get a bit hectic. Somehow flight days just make all this seem more real – I wrote about flight periods and what goes into supporting a “herc on deck” here: antarcticarctic.wordpress.com/flight-period-4 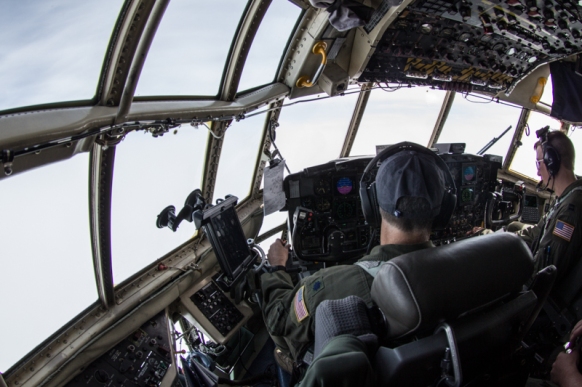 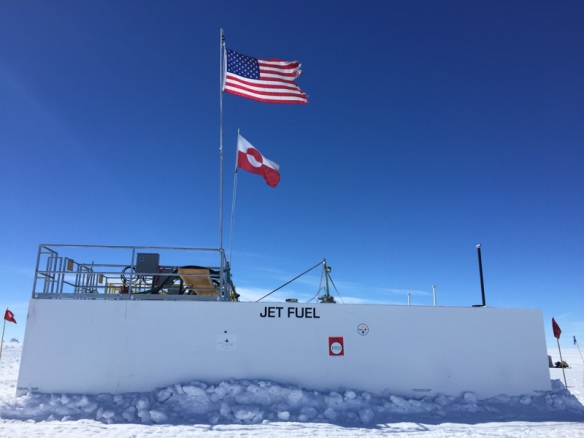 One response to “Summer Ice”