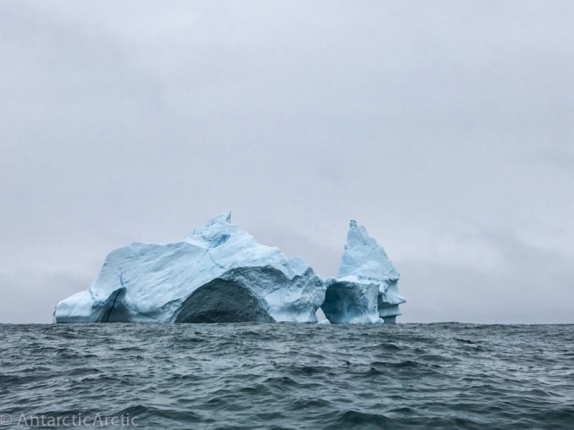 We crossed the Davis Strait at night and woke the next morning to the dusky mountains of Disko Island emerging from the fog. Absolutely massive ice bergs sat serenely in the ocean water, deceptively static. Our first stop in Greenland was Qeqertarsuaq, a classic Greenlandic town with brightly painted houses clustered around winding roads and a sheltered harbor for the fishing fleet. Dog sleds sat idly in yards green with summer grass. The dogs themselves were chained up in their area of town – these are working dogs, not pets. 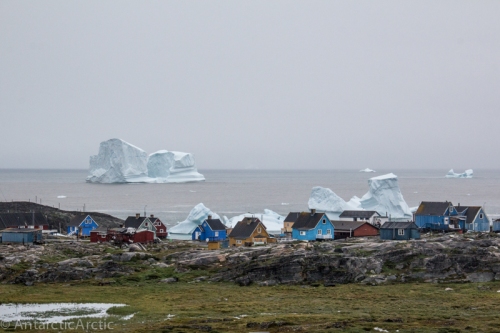 Sled dogs wait out the rain

A family of sleds

Next on our itinerary was the town of Ilulissat, Greenland’s tourist hub and home of the famous Jakobshavn Glacier, the largest of all Greenland’s glaciers, and the unique ice fjord – a World Heritage Site. It was a slate grey day with a heavy drizzle falling. Rain or no the ice fjord was not to be missed! We hiked up along the short boardwalk to the overlook arriving just in time to see humpback whales playing amongst the ice bergs. The Jakobshavn Glacier itself, like most of the world’s glaciers, is retreating at a startling rate (covered in a great article by the Washington Post in 2017). However, due to a shallow moraine just beneath the water at the fjords mouth the giant ice bergs that have calved from the glacier are prevented from floating out to see. Every now and then one will slip over and eventually they melt enough to sail across, but for the most part the entrance to the fjord is choked with ice. It is a remarkable sight and so thick with ice it’s easy to forget that it’s not actually the glacier.

A person for scale

Cold and damp, we walked back into town. Only inside a Greenlandic café is it normal to

see a huge piece of humpback whale baleen and seal fur cushions. These animals are hunted for their meat and fur and to preserve their disappearing cultural traditions. Whaling is a significant part of Greenlandic culture and has played a major role in their history. While it’s still legal today, it is far from a free-for-all; the whaling permits and licensing is tightly controlled and can be found here: https://iwc.int/catches. Seal populations are much more stable and it is common to see seal meat in markets and grocery stores. The fur is usually saved and treated for use in clothing.

From Ilulissat we sailed out of Disko Bay, weaving around giant ice bergs, and south to Sisimiut. In the summer of 2017 I hiked from Kangerlussuaq to Sisimiut (on the Arctic Circle Trail) and it was nice to visit the town again. Sisimiut is a bustling town with a high school, a hospital, and large harbor. It is a rare community with an open harbor year-round, but still with enough ice to run dog sleds in the winter. We had an afternoon to visit the museum and walk around town. The sun broke through this day as well and we had a celebratory dinner on the back deck. 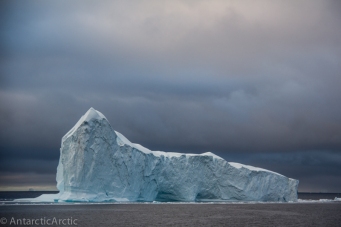 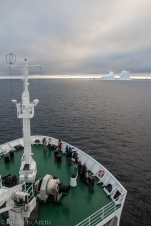 The Akademik Sergey Vavilov in Sisimiut 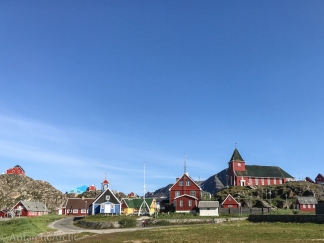 That evening we sailed down to the mouth of the Kangerlussuaq fjord. At 120 miles long it is the longest fjord of Western Greenland. All night was spent working our way inland to Kangerlussuaq. The first part of the fjord is lined with remarkable and dramatic walls with glaciers peaking from behind. Further inland, the terrain has been smoothed by the ice cap and the awe inspiring cliffs give way to gently rolling rounded hills.

The dramatic walls of the Kanger Fjord

Small glaciers flowing into the fjord 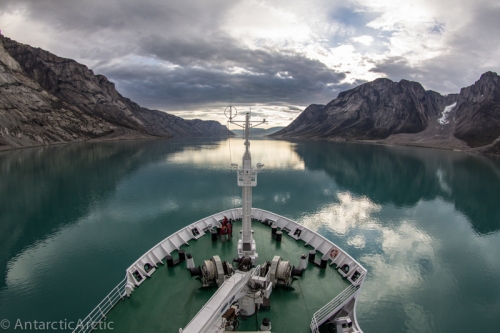 Kangerlussuaq, our last stop of the trip, is notable for it’s proximity to the Greenland ice sheet. I have spent a fair bit of time in this town as it has the largest airport and is the primary logistics hub for science support in Greenland. Perhaps the most exciting activity in Kanger is visiting the ice edge – where you can walk onto the ice cap itself! It is a relatively short ride via truck or bus to the most accessible point of the ice know as Point 660. I have written about this here. On the way to the ice edge we saw musk oxen, caribou, and even an arctic hare!

Musk oxen near the ice edge

A caribou on a moraine

Stepping onto the ice is a little surreal. The edge itself is hard to locate exactly as it blurs into the bordering muddy moraine – mud and gravel slowly slowly becoming frozen mud and frozen gravel and then gradually becoming more ice than rock. The scale is hard to describe and the significance of this place was not lost on our group – the ice we stood on is part of the Greenland ice sheet covering more than 656,000 square miles, or 3 times the size of Texas.

Standing on the Greenland ice seet! 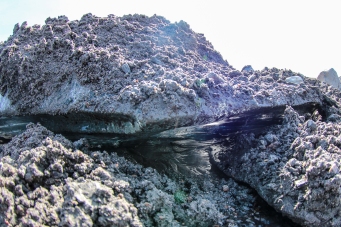 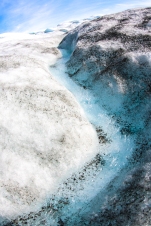 A melt stream on the glacier surface 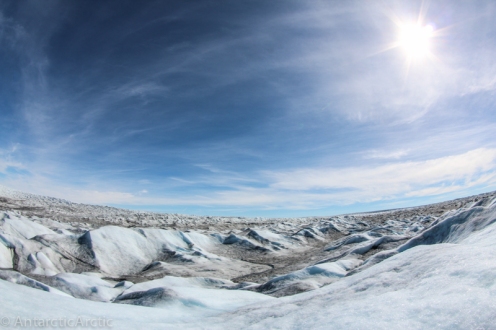 Edge of the Greenland ice sheet

The ice on the surface of a glacier has a rough texture. This is because after the snow fell it was buried  by more snow and ultimately compressed to form essentially an unbroken block of ice the size of the glacier’s base. This can be seen in ice caves where looking into the walls can look almost like looking into water. As this ice nears the glacial terminus, and the layers above it melt, the great pressure is gradually released and fractures form along the ice crystal planes, resulting in roughly ice cube sized chunks. This fracturing also brings light into the surface making it appear white (like when you chip an ice cube and the cracks are white).

An ice cave in the Mendenhall glacier in Juneau, AK

Glacial ice inside an ice cave

Looking into a glacier

A stream in an ice cave in the Llewellyn glacier near Atlin, BC

At last our trip had come to an end and we returned to Ottawa by plane. 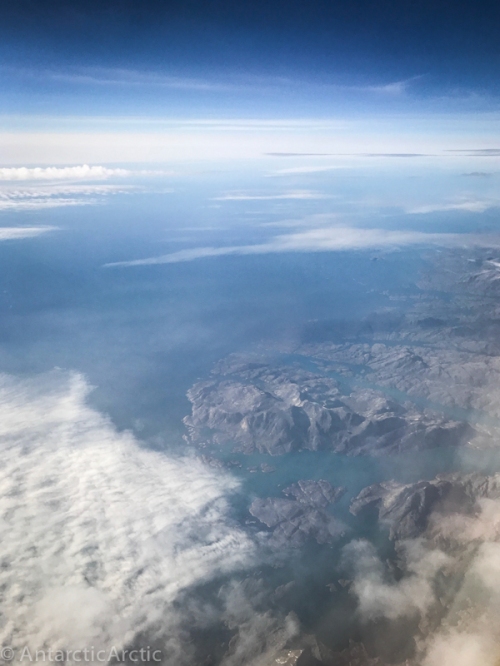 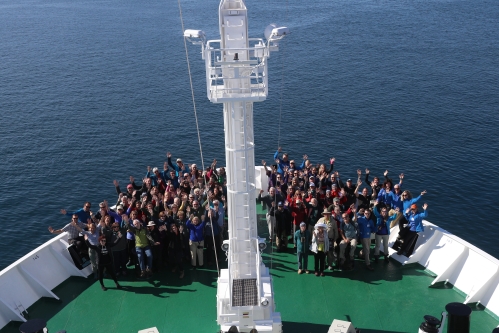