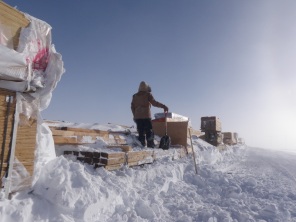 Antarctica:
The USAP hires most of their positions in Feb/Mar/Apr though it’s never too late to apply! The summer season at the South Pole runs roughly Oct-Feb, winter is Feb-Nov. McMurdo has three seasons “winfly” from ~Aug-Nov, “mainbody” from Oct-Mar, and winter from Mar-Aug/Nov. Palmer Station, on the peninsula, has a longer summer season from Oct-Apr, and winter from Apr-Oct. “Deep Field” camps are summer only and operate ~Nov-Feb.

I think the easiest way to look for jobs in Antarctica is through Indeed.com. Most positions are listed there. If you’re looking for a specific company or position try the links below.

The NSF Antarctic support contract is now held by Leidos – they subcontract most of their jobs, but management, administration, engineering and are hired directly with Leidos. To search and apply go to: www.leidos.com/careers.

Gana-A’Yoo Services Corporation (GSC) hires kitchen and cooking staff. They also hire janitors and dish washers (the best way to get to Antarctica if you don’t fit into any of the other position descriptions). 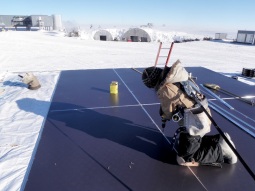 Finally, another route to the ice is with tourism. There are many companies operating cruise ships  in Antarctic waters, but one of the only companies that puts boots on the ground and offers trips to the actual South Pole is Antarctic Logistics & Expeditions (ALE). Their trips run Nov-Feb, during the Antarctic summer.

Arctic:
The Arctic program is much smaller than the Antarctic program with only a handful of people hired each year. The Greenland team is organized a bit differently than Antarctica. At Summit Station the core crew (Manager, Mechanic, and Science Techs) are 3/4 time employees with PFS deploying roughly Feb-Jun, Jun-Oct, and Oct-Feb. The summer season at Summit runs Apr-Aug and the core crew is augmented with a cook, medic, field coordinator, heavy equipment operator, cargo person, and a construction/trades crew.

Jacobs (previously CH2M Hill) holds the Arctic support contract for the NSF. Most positions are hired by Polar Field Services (PFS). They fill positions in Alaska, Greenland, and elsewhere.

SRI is the primary contractor for IT support, though positions for Arctic work are minimal and there are no seasonal contracts.

Science support in Alaska is often based out of small seasonal field camps. Toolik field station is the main research station and support positions are primarily hired through the University of Alaska Fairbanks (UAF).

Ukpeaġvik Iñupiat Corporation (UIC) is based in Barrow, but hires positions around Alaska including some for science support occasionally.

Outside of science support there are a ton of opportunities ranging from fishing lodges to National Parks to oil and mining exploration.

*If you’re not certified in a trade or have experience in a specific field, such as IT or cargo, apply for field coordinator, dish washer, janitor…and when you get to the ice network! Get out and help various departments, make connections and line up your job for next year. Be aware that lots of people apply, the pay isn’t great, but the experiences can be amazing. If you don’t hear anything back my best advice is to try again next year. Be prepared to shovel. ~ Good Luck! 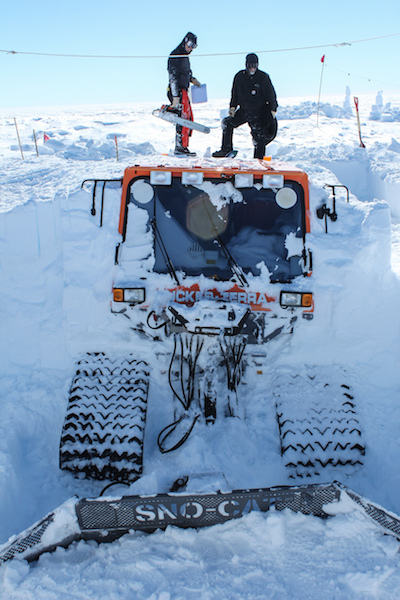